The governance bodies of the EPIICAL Consortium are structured as follows:

Board  of Directors (BoD)

A Board of Directors  is established  and it is composed by the President of Penta Foundation (Prof Carlo Giaquinto) , the Chief Scientific Medical Officer of ViiV (Dr. John Pottage), the VP Business Develompent of ViiV (Trevor Scott), the Director of Africa Center (Deenan Pellay) and the EPIICAL Scientific Coordinator (Prof. Paolo Rossi). The BoD will oversee  the strategic direction of the Project.

The Management Board chaired by Prof. Paolo Rossi is established as a leadership team including all Project/WP Leaders and two representatives of ViiV Healthcare. The MB will be an operative body in charge of overall coordination and steering of the project work, following up progress in each of the critical areas as reported by the Workpackage leaders, approving all project deliverables and ensuring that objectives and milestones are fulfilled with an appropriate quality level. The MB will be the ultimate decision making body responsible for issues related to project execution. The MB will meet at least 4 times/calendar year.  At least one such meeting will be a face-to-face meeting.    The other meetings may be held by audio or video teleconference.

The WPL will ensure implementation of the tasks in the WP as defined in the work plan, resolution of technical problems, permanent follow-up and coordination of tasks, identification of risks and reporting of progress and deliverables versus agreed project time lines. The WPL will be able to raise proposals with the MB regarding effort and budget redistribution, any re-assignment of roles and responsibilities within his/her respective WP. The WPL is also responsible for reports on a quarterly basis to the MB.

An Independent Scientific Advisory Board is established and will be composed by 5 very well known scientists in the field of Infectious Diseases. The ISAB will overlook the ethical and scientific issues of the project.

PGA is composed by representatives of each Insititution involved in the project. It will be the place where to present the scientific progress of EPIICAL and to discuss future directions. It will be held once a year by face to face meeting.

PAMT will be established by PENTA Foundation. It will oversee the financial, administrative and legal issues including contractual management, meetings organization, reporting, communication strategy (including management of the EPIICAL website)  and will be  in  charge of the day to day management. 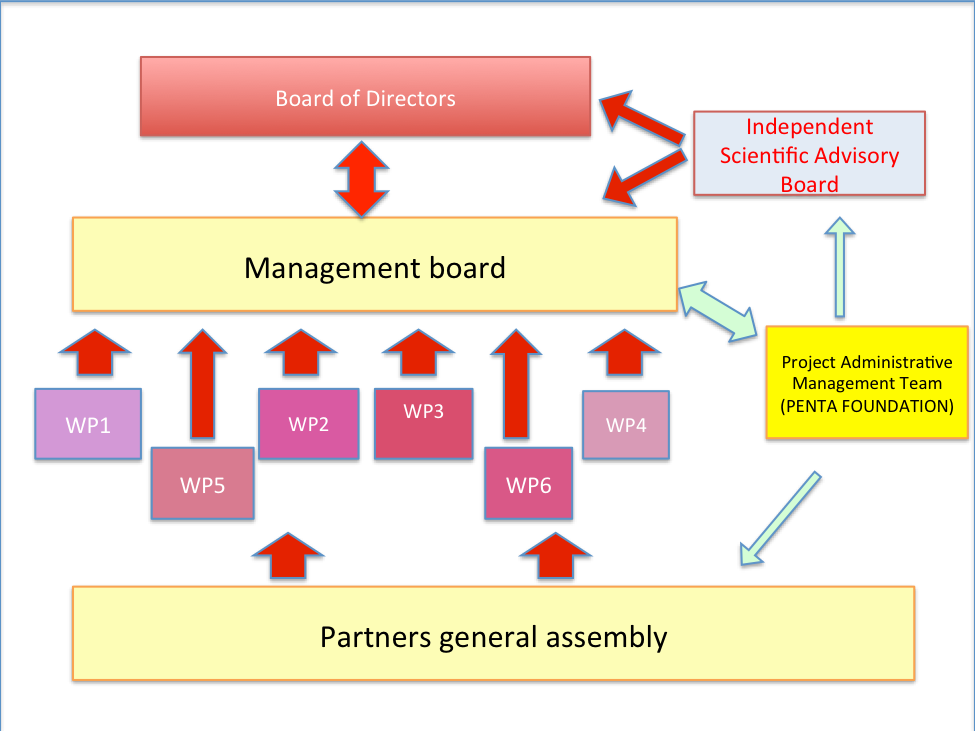